This legal victory means that if you are unable to follow the route of a familiar journey independently because of psychological distress, you may be entitled to the higher rate of the mobility component of PIP. 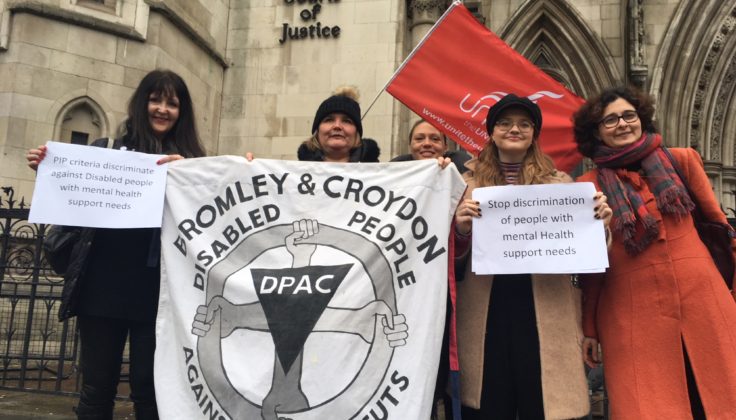 The huge legal victory we won in December, in the case of RF v Secretary of State for Work and Pensions, has now come into force.

The court quashed changes to the Personal Independence Payment Regulations which the government rushed through in February 2017 to prevent many people with mental health support needs from qualifying for higher rates of PIP.

The Secretary of State for Work and Pensions said last Friday that the government will not be appealing this decision, which means the decision is now in force.

What did the court say?

The High Court Judge said in his judgement that the regulations were discriminatory against people with mental health support needs and that this discrimination could not be objectively justified.

The judge did not think the DWP had sufficient evidence to support their idea that people with mental health support needs have lower extra costs associated with disability.

What does it all mean for Disabled people?

This legal victory means that if you are unable to follow the route of a familiar journey independently because of psychological distress you may be entitled to the higher rate of the mobility component of PIP.

This is likely to apply in cases when a person cannot find their way or make progress along the route because of psychological distress.

The government’s own estimates suggest that 164,000 people with mental health support needs could get higher rates of PIP because of this legal victory.

If you currently receive PIP and think you are affected, wait for the DWP to contact you. They said that they will identify and contact all people who are affected by this decision. They will then revise the award and issue a back payment in cases when it is due.  They have not yet indicated how long this will take.

If you have a PIP assessment coming up or you are challenging PIP decision, talk about the difficulties you experience when travelling and refer to this decision to make sure the tribunal or the DWP decision makers are aware of it.

If you currently receive PIP and think you are affected, but the DWP has not contacted you, speak to a welfare benefits advisor to identify the best route to take.

Our role in this case

Inclusion London’s Disability Justice Project worked with the Public Law Project on this case from the start. We also gave a witness statement to support the claimant. We are pleased with the outcome and are grateful to RF for bringing this important challenge and to the Public Law Project for their fantastic legal work.  This case shows how important it is for Disabled people to stand up for our rights.

We will monitor how this decision is implemented.  If it affects you and you have difficulties getting your PIP award revised, do let us know.