High Court judge Mr Justice Mostyn allowed the claim in the case of RF v Secretary of State for Work and Pensions. The case was brought by a Disabled person with mental health support needs to challenge the changes the government made to Personal Independence Payment Regulations in March 2017. 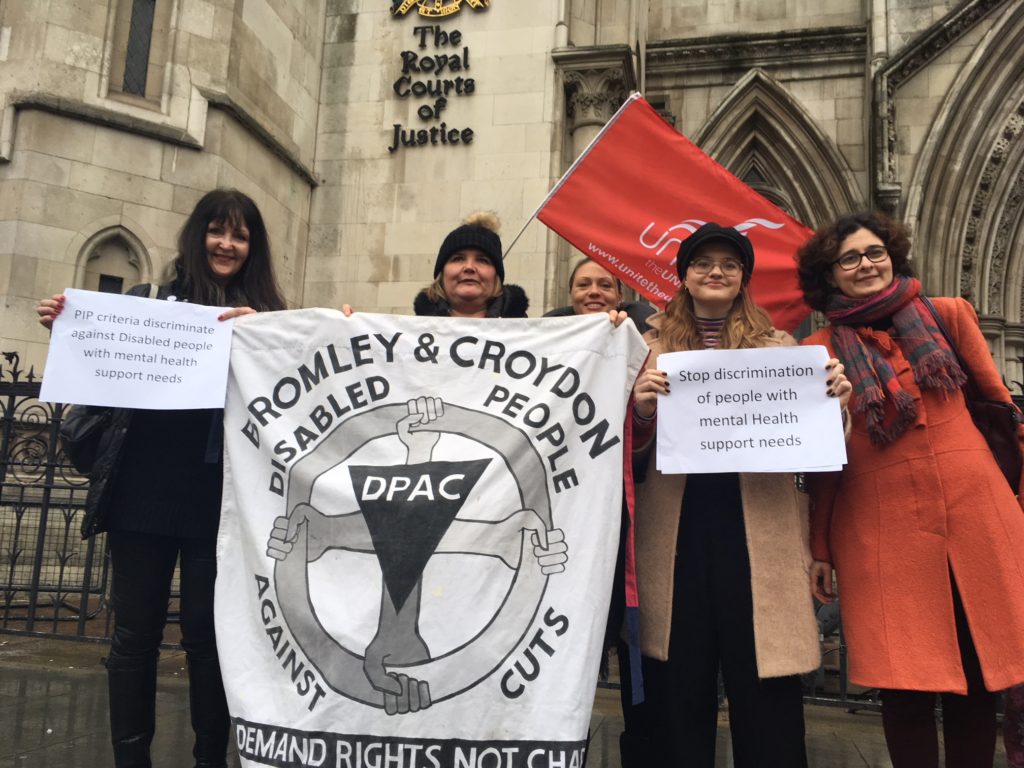 Today, the 21st of December 2017 the High Court judge Mr Justice Mostyn allowed the claim in the case of RF v Secretary of State for Work and Pensions. The case was brought by a Disabled person with mental health support needs to challenge the changes the government made to Personal Independence Payment Regulations in March 2017.

These changes were urgently introduced to reverse the impact of the Upper Tribunal Judgement in the case of MH v Secretary of State for Work and Pensions (PIP): [2016] UKUT 531.

According to the government’ own estimates, these changes prevent 164, 000 people who cannot plan and follow a journey due to psychological distress from qualifying for higher rates of this benefit or qualifying at all.

The Public Law Project, who represented RF, argued in court that the changes are discriminatory and unlawful because they go against original policy intent of PIP.

The judge said those regulations are discriminatory against Disabled people with mental health support needs.  He said that the true reason for this change in regulation was to save money; plainly if money was no object the measure would not have been passed. In the judge’s view this is not sufficiently important to justify discrimination. The DWP were not able to persuade the judge that mental health service users have less significant needs. The judge added that the DWP’s reliance on testing PIP descriptors was a red herring. ‘The 2017 regulations  introduced criteria which was blantantly discriminatory against people with mental health impairments and which cannot be objectively justified. The wish to save nearly one billion a year at the expense of those with mental health impairments is not a reasonable foundation for passing this measure’. The judge quashed those changes but this will not come into effect until the Court of Appeal has decided on whether or not the DWP can appeal.

The government’s actions to change PIP regulations and single out people who cannot travel because of psychological distress are a brutal attack on the rights of Disabled people.  Today’s case illustrates the lack of concern for Disabled people and the government’s inability to listen to us and engage with us.  It is extremely worrying that many of us feel the legal action is the only way for us to get heard”.

“We are pleased with the judgement today. It will make a huge difference for thousands of Disabled people with mental health support needs.

We have to remember that this challenge is taken in a context when the UN Committee on the Rights of Persons with Disabilities found systematic and grave violations of Disabled people’s rights a year ago.  And again in August it called the situation Disabled people are in a ‘human catastrophe’.  The UN specifically called on the Government to repeal changes to PIP regulations because they breach our human rights under the Convention”.