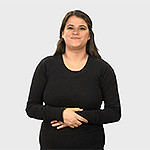 It is important to understand the different stages of the examination process and how civil society information presented to the Disability Committee will be used. At the first stage the Committee wants to hear what areas Deaf and Disabled People’s Organisations think are most important to question to the Government about. At the second stage they want to hear what ideas DDPOs have for recommendations to make to the Government in the Committee’s Concluding Observations. This means using the shadow reporting process to look at solutions as well as listing problems.

Once the first examination of a State Party has happened, further reports as treated as “Follow Up”. The Committee wants to hear about new priorities affecting Deaf and Disabled people but they also expect shadow reports to examine what progress has or has not been made towards their last set of recommendations.

Think about which Articles of the Convention and what issues under their relevant Articles are the most important to focus on. The Committee recommends this approach rather than trying to list everything under every Article. This means making difficult choices about what to give less space to or to leave out.

Don’t expect the Committee members to have a pre-existing understanding of legislation, policies or governance structures within the UK. There are 182 State Parties signed up to be examined under the CRDP. Be as clear as you can about which bodies are responsible for the issues you want to raise and who has the power to make things better. Devolution is a particularly complex issue. It is important to think carefully about how you structure your report to make it as clear as possible which responsible body each issue comes under.

Keep the volume of information sent to the Committee as low as possible. Members of the Committee have their own access needs and have a lot to get through each year. There is an expectation that DDPOs within each State Party will work together on joint reports and will agree among ourselves what are the most important issues to report on.

The word counts for shadow reports under the CRDP are tight but do not include footnotes and annexes. Putting information into annexes can help keep reports within the word count. However, there is no guarantee that Committee members will look at the annexes. Footnotes can be used for referencing but if you put too much information into the footnotes it becomes inaccessible.

Support every point you make with evidence. This could be a link to a research report or to statistics that back up what you are saying. The Committee also wants to hear about lived experience – just be clear where the points have come from that you want the Committee to hear.

Don’t rely on second hand reports as evidence, for example news articles. Always check the original source material and how any figures or statistics have been used.

There are historic and linguistic reasons why there are differences between the terms we use to refer to different groups of disabled people in Britain today and the terms that are used in English translations of CRDP documents. This is not something to worry about. It is a good idea just to state early on what terms and definitions you are using in your shadow report. This can be in a footnote to save word count.

The CRDP cannot be directly enforced in UK courts, although it represents binding obligations in international law. The Committee encourages DDPOs to recognise that the value of the CRDP is not all about what they do, but is more importantly about how we use it to make things change for the better. When working out what issues to prioritise in a shadow report, thought needs to be given to how easy or difficult it will be to get support for those issues between reporting cycles.

Take a cross-treaty approach and look at the latest reports and recommendations from other related international treaties, for example the International Covenant on Economic, Social and Cultural Rights (ICESCR), the Convention on the Rights of the Child (CRC), the Convention on the Elimination of All Forms of Discrimination Against Women (CEDAW). It gives strength to recommendations if they are mirrored across the Concluding Observations for a number of different treaties. You can easily search for recommendations on the Human Rights Tracker.

At the 2017 examination of the UK under the UN CRDP, the UN Disability Committee were very interested in our Deaf and Disabled People’s Organisations and the way the language we use has changed to reflect both the social model of disability and the cultural and linguistic model of Deafness.

The CRDP gives immediate protection to Disabled people’s civil and political rights. For economic, social and cultural rights there is an obligation on States to take deliberate, concrete and targeted steps to the maximum of their available resources, with the aim of progressively realising these rights. This duty of progressive realisation entails a presumption against retrogressive measures.

State parties are able to state “reservations” when they sign up to the Convention. These are instances where a specific policy or practice breaks the Convention but the State party thinks it is justified in doing so. The UK has three reservations:

One of these is under Article 24 and the right to inclusive education. The reservation says that disabled children can be sent away to special schools if authorities decide there is no suitable education provision in their local area.

Another reservation covers people who are in the UK without permission to be here from the UK government. The reservation says it is up to the government whether they apply the rights in the Convention to people in that situation or not.

The third reservation covers Article 27 and the right to work. It reserves the right for disabled people to be barred from jobs in the armed forces. In 2018 the government announced a review of this reservation in line with the Disability Committee’s recommendations in 2017.

The Disability Committee routinely brings out ‘General Comments’. These cover different topics and give clarification to issues covered by the Convention. It is useful to read these to see how the Disability Committee interprets Disabled people’s rights in specific areas. For example, General Comment 5 on the right to independent living says that “re-institutionalisation” can occur in disabled people’s own homes if they are left without the support they need.

The CRDP places a duty on States to engage specifically with ‘Disabled Persons Organisations’. It defines such organisations as those that are made up of a majority of disable d people with at least half of its membership being disabled people and being governed, led and directed by disabled people.

In 2016 the UN Disability Committee published the findings from their special inquiry into the UK under the Optional Protocol set out in Article 6 of the CRDP. The Optional Protocol allows for States to be investigated by the UN Disability Committee if a robust complaint is made to them that evidences serious violations happening on a large scale. The recommendations from this investigation were repeated in the Concluding

Observations from the routine public examination of the UK under the CRDP in 2017. The UK government was asked to report back to the Disability Committee on an annual basis about progress towards these recommendations. The special inquiry is therefore ongoing as both part of the routine examination process and as a separate, parallel process.