Mapping out all the people and organisations involved in your campaign 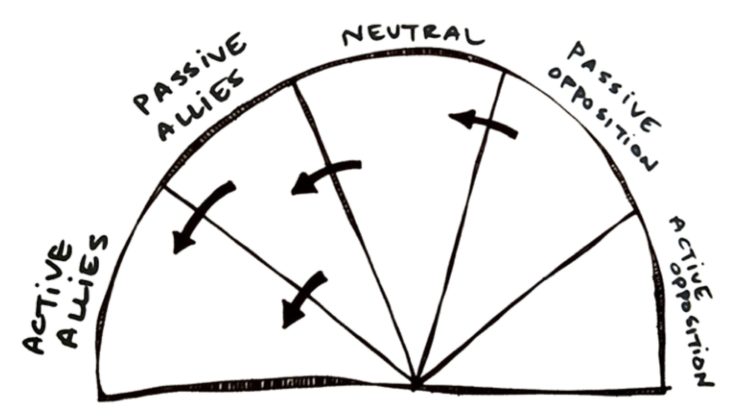 Who are the key players? Campaigns involve key decision-makers, opponents and allies. Who will be your key allies in this campaign and how will you work with them?

Exercise to identify allies and opponents

Power mapping helps to identify campaign influencers, allies and other stakeholders and the relationships between them. The exercise itself is useful to practice conceptualising campaign strategy. When applied to real campaigns, the exercise can help to prioritise campaign targets and to identify useful ways of reaching them.

Ask participants to form groups of two to three, think of a campaign they are involved with (or might become involved with) and follow these steps in their groups: