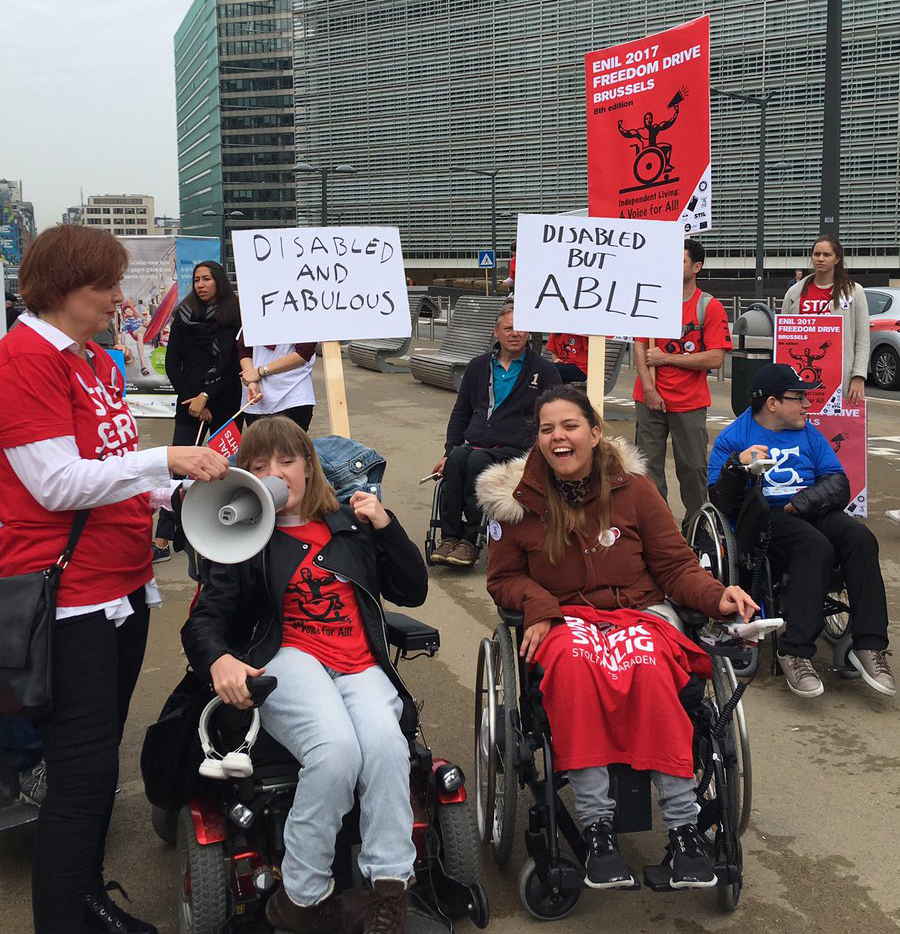 The European Network on Independent Living (ENIL) held its 8th Freedom Drive last week (September 25th-28th) in Brussels. 300 Disabled people and our allies from 19 countries marched through Brussels, promoting independent living, peer support, protest, and celebration of disability rights. Among the main Freedom Drive demands were the end to institutionalisation of disabled people across Europe, access to personal assistance in all countries, full implementation of the UN Convention on the Rights of Persons with Disabilities and the end to cuts to support services and benefits for disabled people.

We support Independent Living for all. We stand with those marching at #ENILFD17 Proud, Strong & Visible! https://t.co/fYMnjVp2JB

The UK had a large delegation of 16 people who marched in part in recognition of the threat to independent living in the UK. Disabled People Against Cuts (DPAC), represented by Eleanor Lisney, shared information about the impact of the cuts and what UK Disabled People’s Organisations are doing about this at a meeting in the European Parliament hosted by Marek Plura MEP.

Our board member Tara Flood represented Inclusion London at the general assembly. Tara was also elected to ENIL’s board, and joins our former chair Zara Todd, who has been announced as ENIL’s new director.