We’re proud to campaign with actor Cherylee Houston, who was on ITV Granada this week speaking about welfare reforms and their impact on Disabled people. 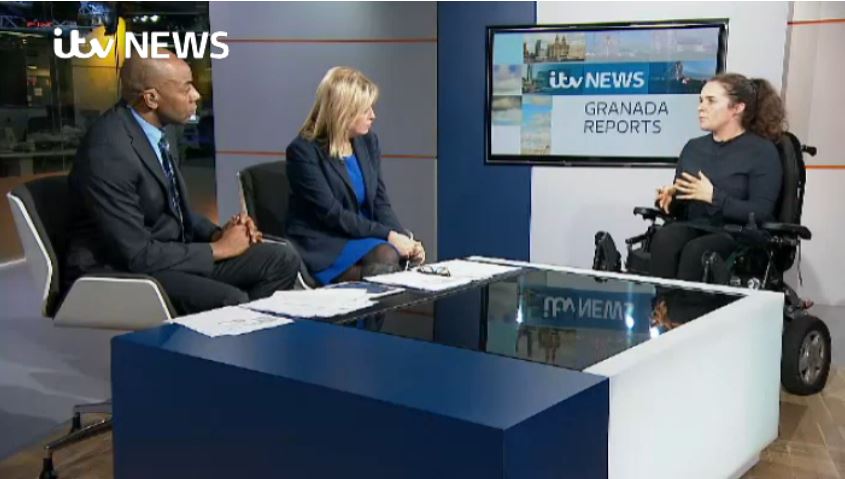 We’re proud to campaign with actor Cherylee Houston, who was on ITV Granada this week speaking about welfare reforms and their impact on Disabled people.

You can watch the interview with Cherylee here, alongside many other segments on how the Government’s welfare reforms have seriously failed Disabled people.

Asked about the Government’s claims that cuts to social security support such as the Employment Support Allowance are increasing incentives for people to move into work, Cherylee said:

“The money to help people into work has been cut and is now a fifth of what it was. Access to work has been capped. They’re not allowing Disabled people to be who they are – we’re being seen as cheats. Or you’re forever having to prove your illness which is so demoralising, and you spend your life fighting that rather than actually being active in life.”

“It doesn’t make economic sense – it costs more because of people’s mental health, because of people becoming homeless, it costs more to reassess people all the time. If you give people the benefits they’re entitled to they can  look to support each other in the community, they can volunteer, they can work. But if you can’t even afford food or light, and you have no ability to work, what kind of life is that?”