We joined DPAC, ROFA and other DDPOs for a week of action around the ‘Global Disability Summit’ hosted by the UK Government. An International Solidarity Summit was organised to coincide with the event, to highlight the hypocrisy of the UK government, who are themselves in breach of the UN Convention on the Rights of Persons with Disabilities. 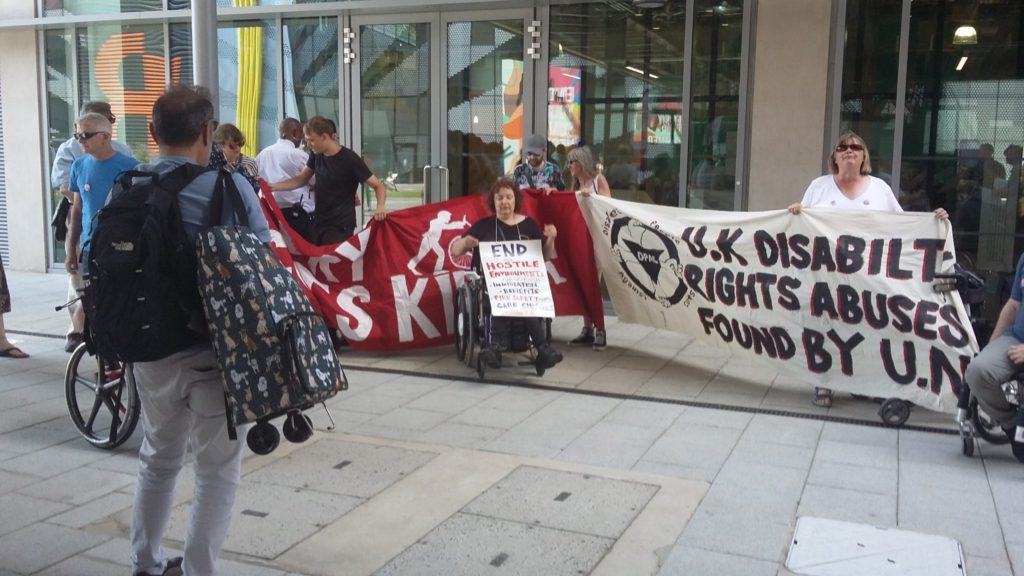 In November 2017 the UK government announced it would be co-hosting a global summit on disability – the first of its kind – in London in July 2018. The summit has been cynically used to deflect attention from criticism of the UK government’s record on disability in the UK, with for example Penny Mordaunt, as then Minister for Disabled People, using up her time in the House of Commons debate on the UN Convention on the Rights of Persons with Disabilities (CRPD) talking about the summit, conditions faced by Disabled people around the world and the work of the Department for International Development (DFID) rather than what the government will be doing to implement the recommendations made by the UN disability committee to the UK.

Countries participating in the summit were asked to sign up to a charter talking about the importance of the CRPD and holding governments to account under it. The hypocrisy of a government doing this when themselves in breach of the CRPD could not be allowed to pass. 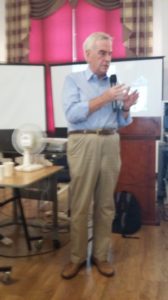 We also supported an international solidarity summit organised by Disabled People Against Cuts for the weekend before the government summit with Disabled activists from Bolivia, Greece, Uganda and Malaysia and an anti-poverty campaigner from Canada sharing their struggles against oppression.

Inclusion London trustee Justine Godbeer chaired one of the sessions with representatives from London DDPOs including Asian Disabled People’s Alliance, Ealing CIL, Winvisible, and Mental Health Resistance Network speaking in the session on austerity and resistance in the UK among others.

The event, held in Stratford, close to where the official summit was due to take place, was opened by the Mayor of Newham with shadow chancellor of the Exchequer John McDonnell joining for a couple of hours.

Watch the livestream of the International Solidarity Summit on the ROFA Campaign Facebook page. 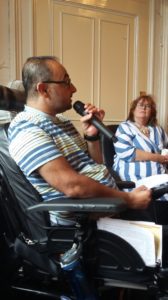 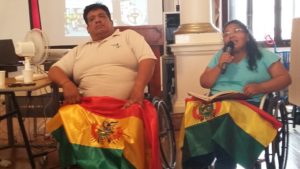 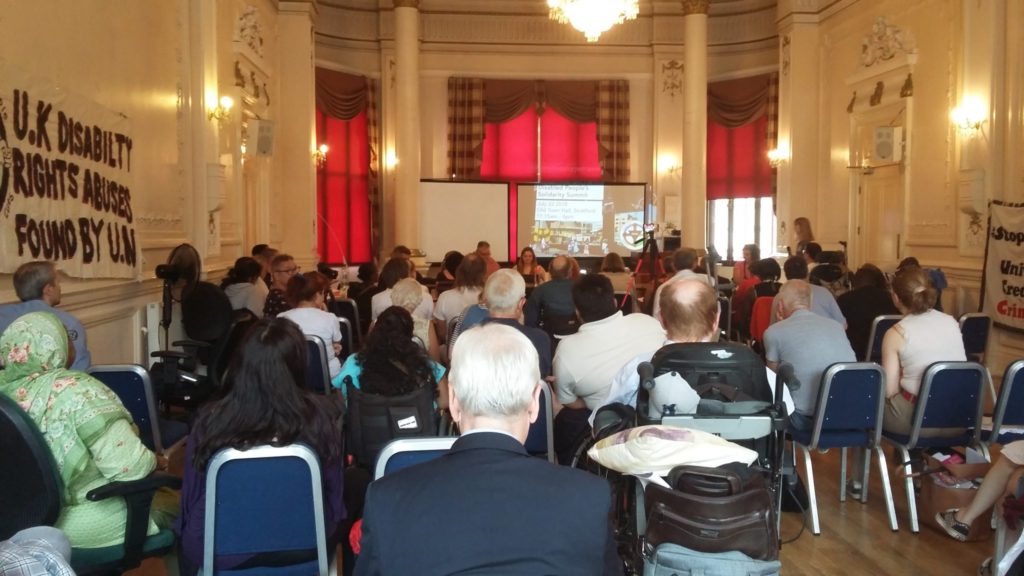 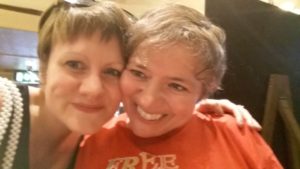 On Monday ROFA organisations attended the civil society forum day of the official summit. Our only representative given a speaking slot, Simone Aspis from ALLFIE, gave a tremendous performance that had the audience cheering calling out the UK government for the deliberate retrogression of disabled people’s rights. Watch Simone’s speech here (from 1 hour 4 minutes). Download the text of Simone’s speech here.

By contrast, DR UK avoided any reproach of the UK government in their speaking slot for which they have been widely criticised. There was also much activity on social media with hi-jacking of the hashtags used for the official summit.

On Tuesday Disabled campaigners and allies gathered for poetry, music and speeches outside the main day of the summit, attended by business and government leaders, to draw attention to the impact of regressive policy measures implemented by the UK government.

We were joined by shadow ministers Marsha DeCordova (Disabled people) and Kate Osamor (International Development) as well as Kenya’s first MP with albinism as well as our international allies from the international solidarity summit. Some of the delegates came outside to join us and helped take leaflets inside criticising the UK government including from International Disability Alliance, the European Disability Forum and European Network for Independent Living but other delegates were too afraid of repercussions from their own governments if they joined us. 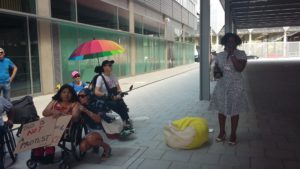 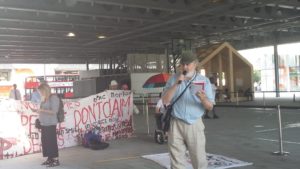 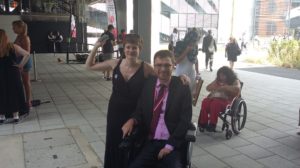 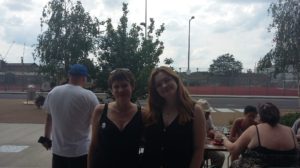 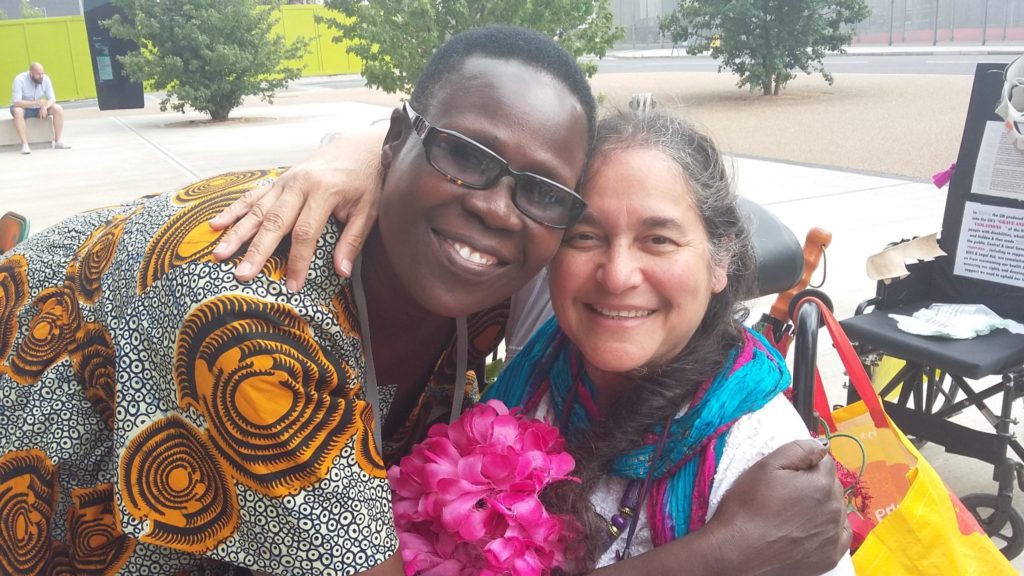 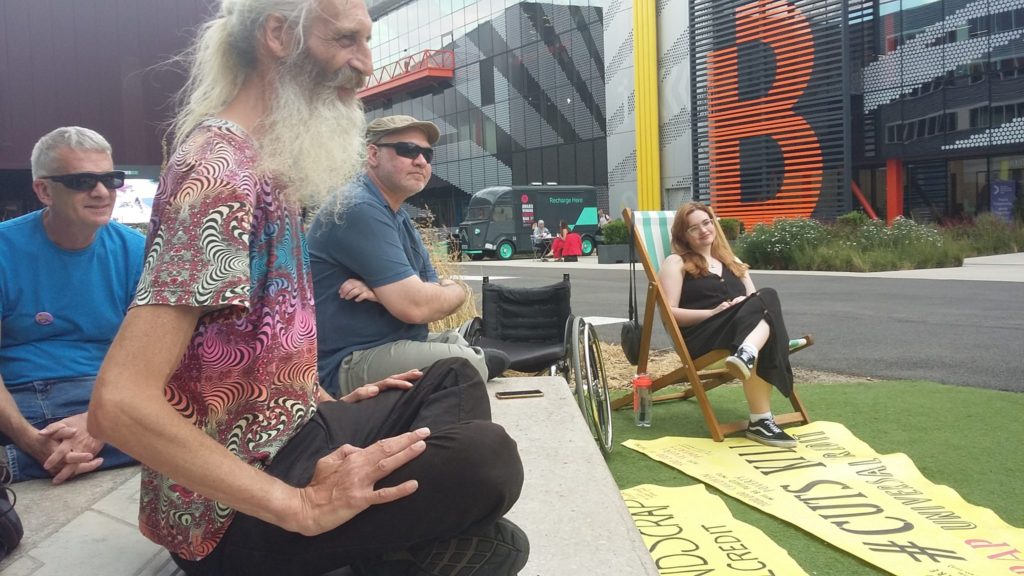 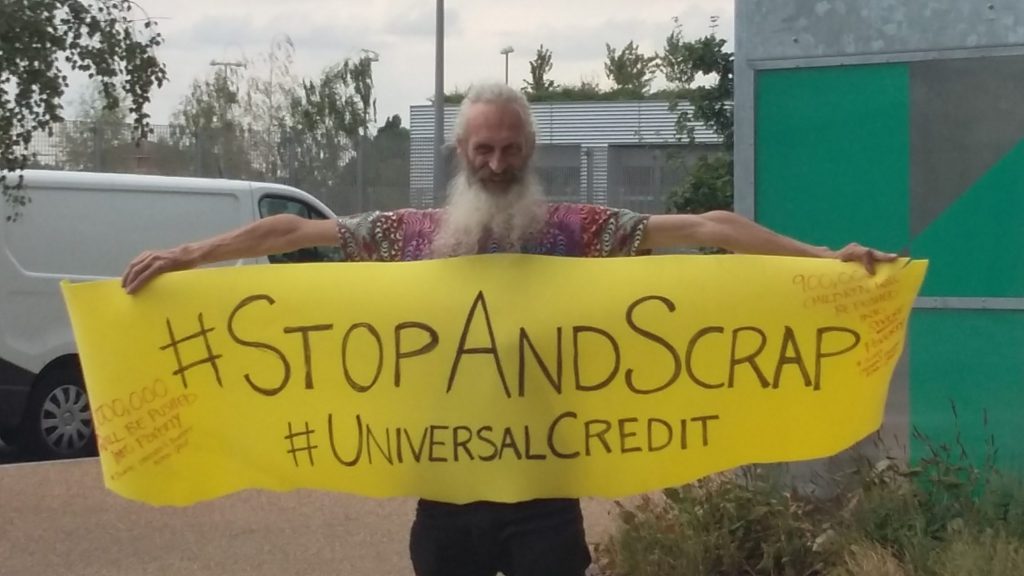 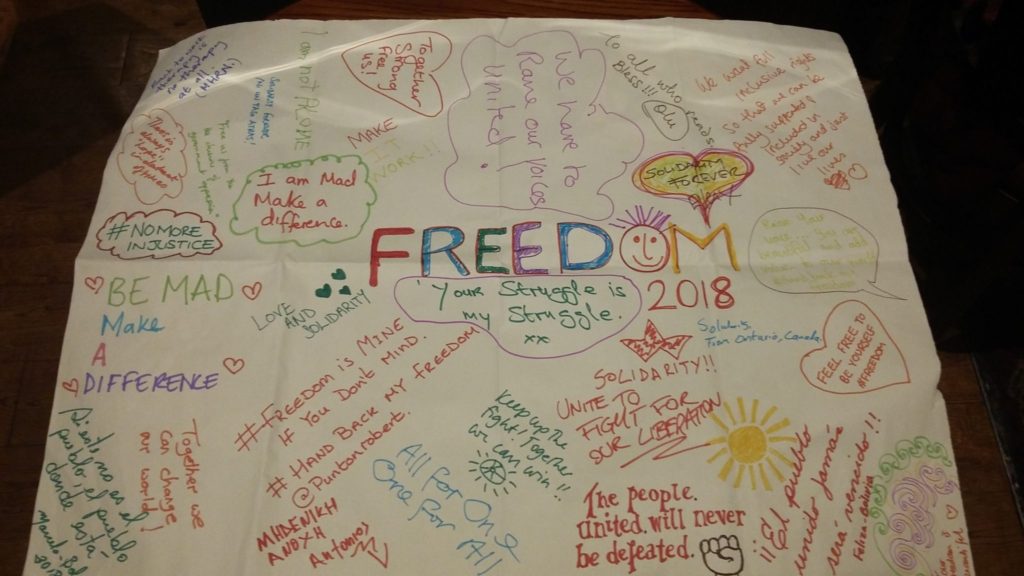 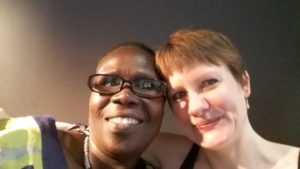 Article by Rose Achayo Obol – Chairperson of National Union of Women with Disabilities of Uganda: Inhuman treatment of persons with disabilities in the globe 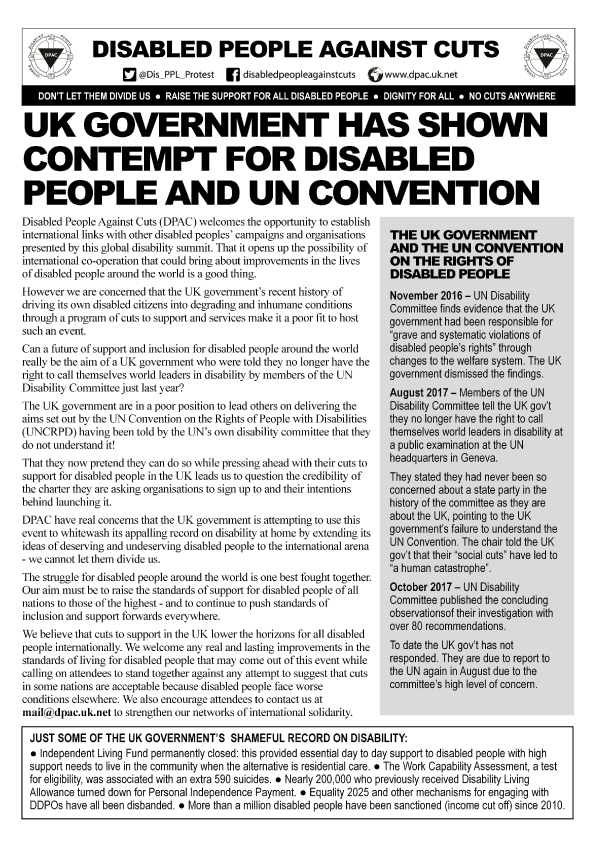